If you'd like to read more about the medieval city of Chester, we've put together a list of some of the best material.

This book is a wonderful introduction to the medieval city, based on detailed archival research. It brings medieval characters alive and explores key themes such as 'The Built Environment', 'Urban Government', 'Making a Living', 'Education, Medicine and Leisure' and 'Relationships'.

This book was published as an outcome of the 'Mapping Medieval Chester' research project, funded by the Arts and Humanities Research Council (2008-9). It brings together together contributions from eleven leading international scholars to investigate the medieval city. The volume includes new interpretations of well-known sources and features such as the Chester Whitsun Plays and the city's Rows and Walls, but also includes discussion of less-studied material such as Lucian's De Laude Cestrie and the wealth of medieval Welsh poetry relating to Chester.

The book is aimed at an academic audience, but includes material which will interest many readers. Key themes which emerge across the essays include relations between the Welsh and the English, formulations of centre and periphery, nation and region, different kinds of 'mapping' and the visual and textual representation of place, borders and boundaries, uses of the past in the production of indentity, and the connections between discourses of gender and space.

These two volumes form part of the Victoria County History for Chester and offer the most comprehensive, detailed discussion of the city of Chester, its medieval history and topography. This material is also available online (see our External Links page).

This recent book, by an American academic, looks at how Chester and Cheshire developed a strong regional identity in the medieval period. Again, this book is aimed at a scholarly audience, but it reflects some very interesting recent work on the relationships between region and nation in the medieval period.

You can also find a much more extensive reading list in the 'Mapping Medieval Chester' Bibliography. 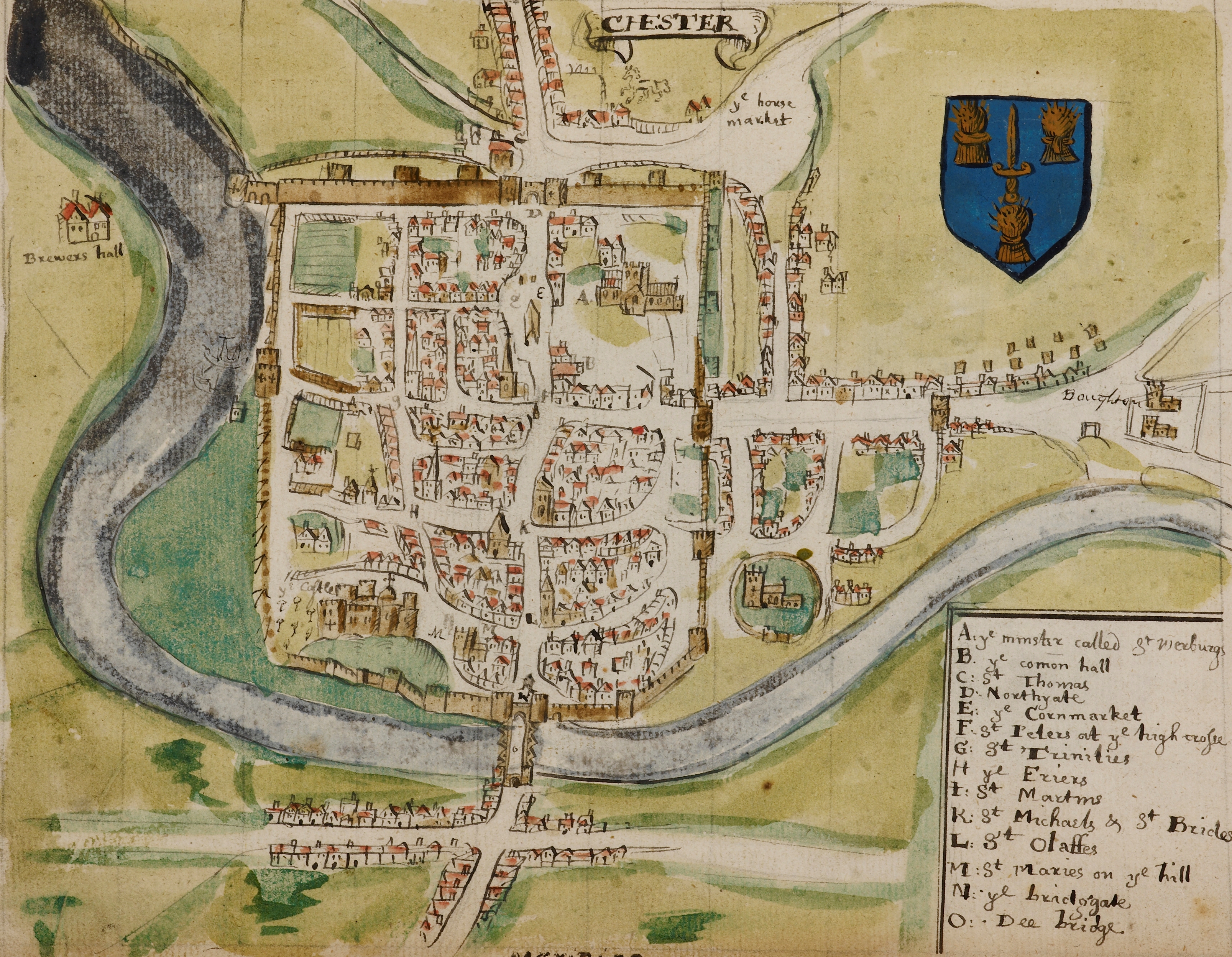